The Mediterranean, our sea, is the lake of its Peoples. Those Peoples marched through time and space, alone, sometimes as nomads and tribes and later as independent entities or in the shadow of great empires, with periods of peaceful co-existence, rivalries, friendships, defeats and victories highlighting civilizations whose roots can be found throughout the modern world, always having as common denominator the history written in this particular part of the world.

Maintaining relations of cooperation and twinning with one another, the Twinned Municipalities, Associations and Areas of the Mediterranean believe that it is a matter of great importance for their peoples to live in a continuously peaceful environment and one of constant development, financially effective, socially just and environmentally viable with cohesion and security in their areas.

The Twinned Municipalities, Areas and their Associations of the Mediterranean, members of the AMPHICTYONY Network of Twinned Cities and Areas of the Mediterranean that was established with its 1997 charter, realizing the need to adjust the existing charter to the Regulation EK 1082/2006 of the European Parliament and Council of July 5th 2006 for the European Grouping of Territorial Cooperation , decide to amend the Charter of AMPHICTYONY as follows in order for it to evolve into an E.G.T.C Network.

From September to December 2017 a number of dissemination and multiplier events took place in Greece, making the DEN CuPID project widely known among local agents and academics as well.

On the 19th of October  2017 the European Grouping of Territorial Cooperation (E.G.T.C) Amphictyony (associate partner of DEN CuPID) together with the Regional Union of Municipalities of Attica organized a one-day conference at the latter’s premises under the title “Local administration meets European Cultural Heritage: Ideas and Actions for European Year of Cultural Heritage 2018”. DEN-CuPID partners, such as Time Heritage (with team members Aphrodite Kamara, Cleopatra Ferla and Yorgos Tzedopoulos), and the University of Patras gave extensive presentations on the importance and potential of cultural heritage for local societies. The latter’s collaborator, Ms. Maria Papaconstantinou presented the project DEN CuPID in a lecture under the title: “The importance of local cultural heritage and its enhancement on an European level: the experience of the DEN CuPID project”, signed also by Laura Tapini and Panayota Pantzou as co-authors.
At the conference were invited, apart from members of E.G.T.C Ampictyony and the Regional Union of Municipalities, all the Greek trainees of the project; after the conference the latter were invited at lunch by Time Heritage, in order to get to know each other and to discuss with each other as well as with their “mentors” aspects of the projects that they will implement in the following months.
A second conference, similar in content, was organized by E.G.T.C Amphictyony following an invitation by the Regional Union of Municipalities of Central Macedonia on the 16th of November 2017 in  Grand Hotel Palace in Thessaloniki.  DEN CuPID was presented by Laura Tapini, collaborator of the University of Patras. The conference was attended by representatives of municipalities in the region of Thessaloniki as well as by several representatives of municipalities-members of E.G.T.C Amphictyony from Greece and Cyprus.
Euromed 2017
On the 3rd of December 2017 Yorgos Tzedopoulos and Aphrodite Kamara from Time Heritage presented DEN-CuPID at Euromed 2017, the 2nd Pan-Hellenic Conference of  Digitization of Cultural Heritage. The lecture, titled “Digital Content, Communication and Cultural Heritage: towards a global concept of cultural resources in the Digital Era”, expressed a series of questions and thoughts on the new digital culture already extant and presented the paradigm of the crowdsourcing platform #outofrome, created by Futuro Digitale, partner of DEN CuPID in Italy, aiming both at the information of visitors and at the reinforcement of a sense of “ownership” among locals.  The platform forms the base of the 3rd workshop of the project which will take place in Italy between the 18th and the 23rd of February 2018. The audience was keen on learning more about the project and particularly about the e-platform for education which is going to be launched soon. 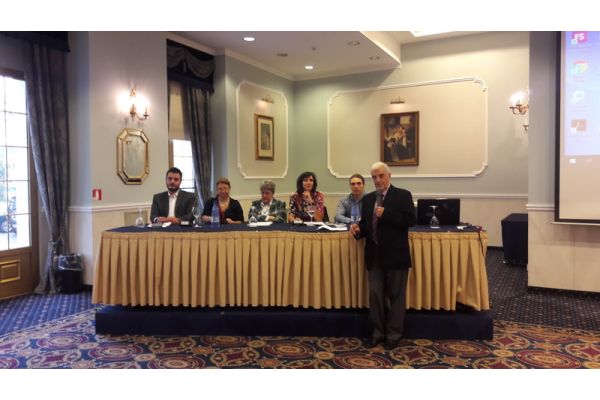 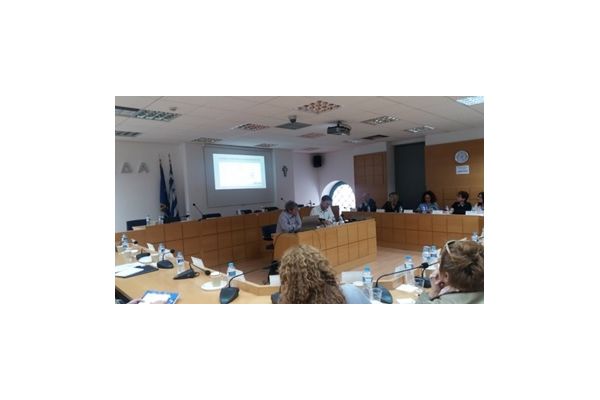 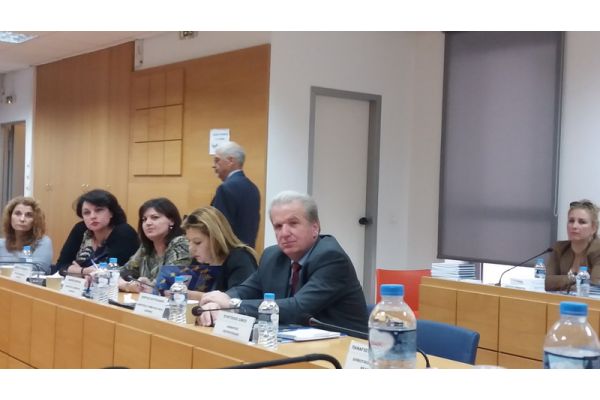 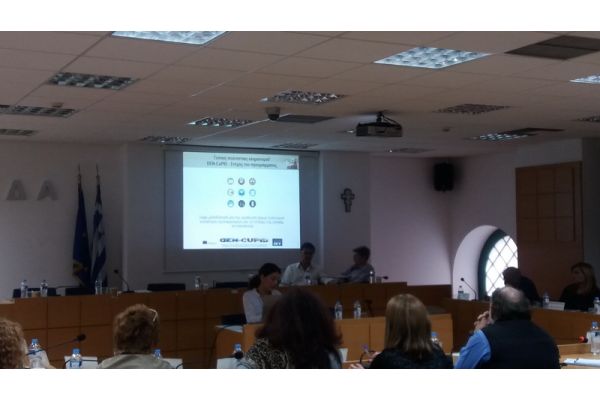 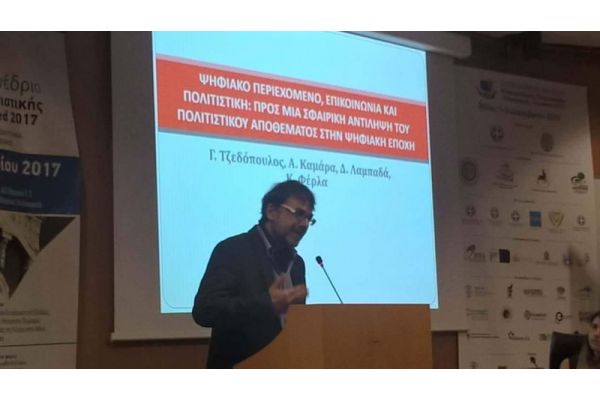 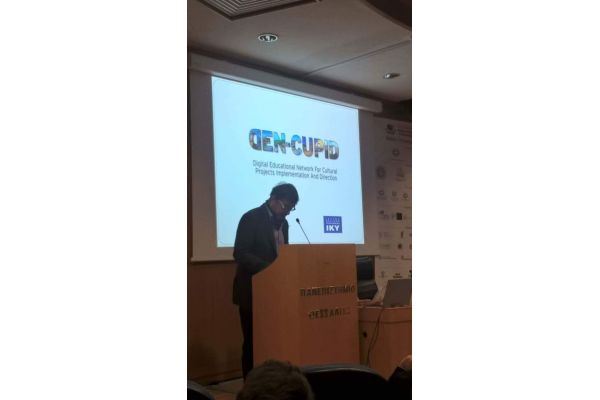 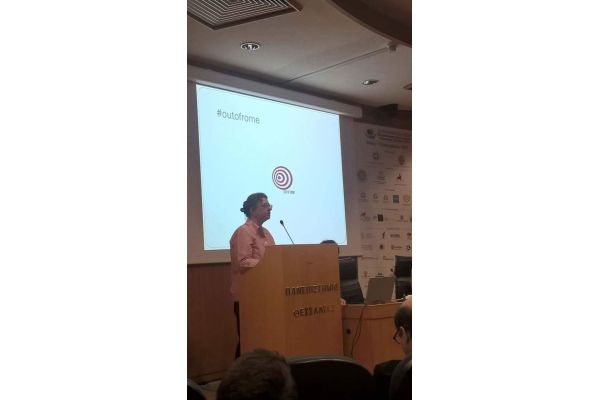 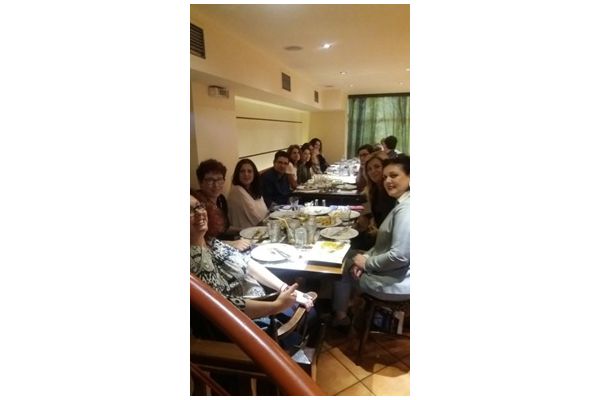 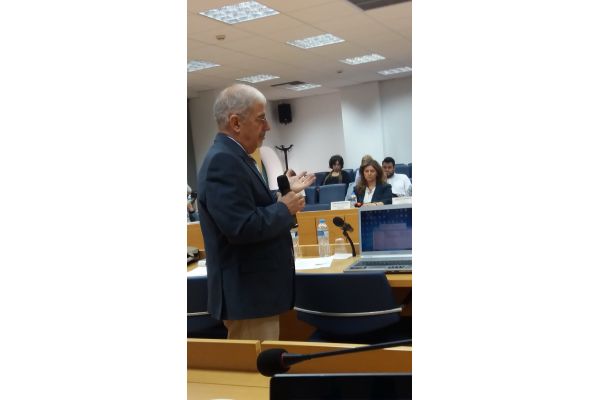 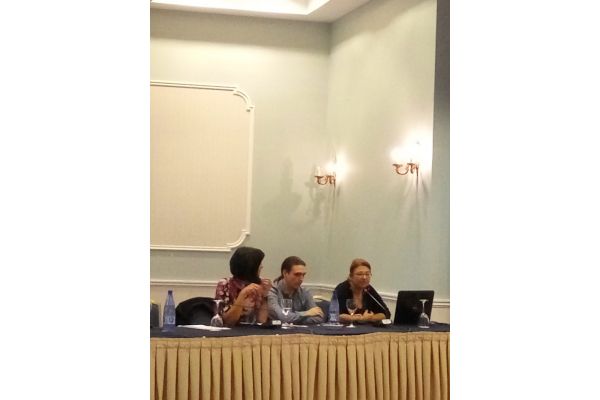